Meghindo’s has released a new skin for Catwa mesh heads. This beauty is called Erica. Although I seem to say this with every new release from Meghindo’s… I’m really in love with this skin! 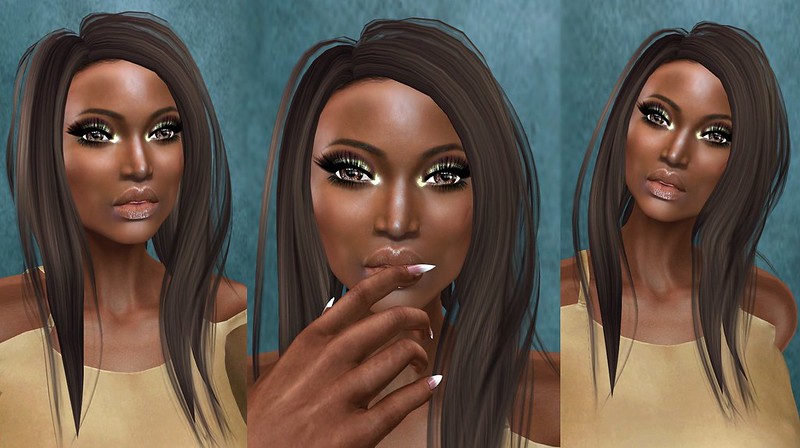 Erica is meant to be worn with Catwa’s AnnaGrey Mesh Head. But I don’t own that one, lol. Instead, I am wearing the Kori Mesh Head. I think it looks very, very pretty!

The skin comes in three tones — medium, sunkissed and caramel (shown here)– as well as brow and browless version. I played around with the browless version and added/subtracted some makeup options. Read on to see a whole different look! 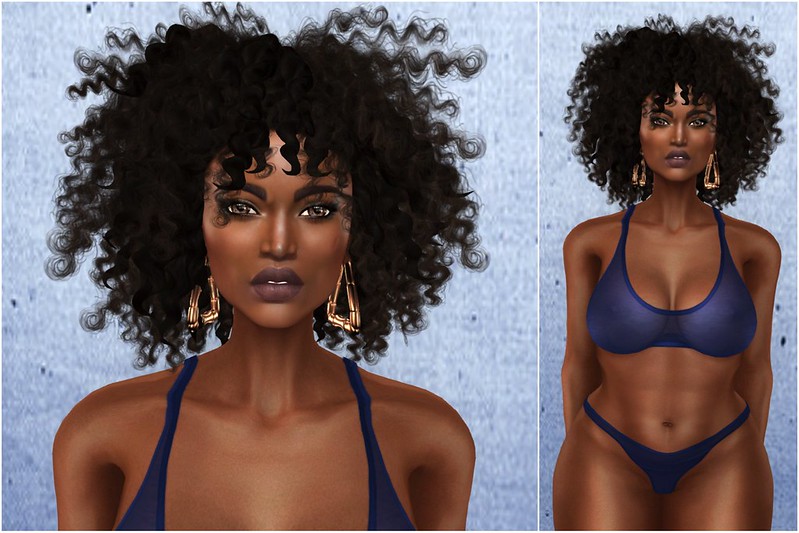 Ahh yess… I was definitely feeling myself with this look. I added the new #onfleek brows by Alasakmetro (available at Whore Couture Fair). Wow, what a dramatic way to frame to face! The end result… gorg (if I must say so myself)!

But that’s the versatility of a Meghindo’s skin. Whether worn on a mesh head or a classic avatar, you will always look distinctively beautiful!