This month, Genre is tackling the theme: Belle Epoque. Several of my favorites designers are participating. Let’s see what Lumae and Fission have created!

Lumae is offering a special makeup called Cheri in the Eirtae line of skins. According to Lumae, “Cheri is based on the make up worn by the character of Leia from the movie, also called Cheri, which was adapted from the novel of the same name by the French author Colette, which is set during the Belle Epoque.” She is only available in tone 4-Fawn and is specially priced at 100L for this event.

As usual with all Lumae skins, multiple head and body appliers are included with the skin; so no separate purchases! Also included are the Lumae Leevi Elf Ears in three  sizes to match the skin tone and appliers for Soul Mesh Ears and Bentbox Sylvan Ears. 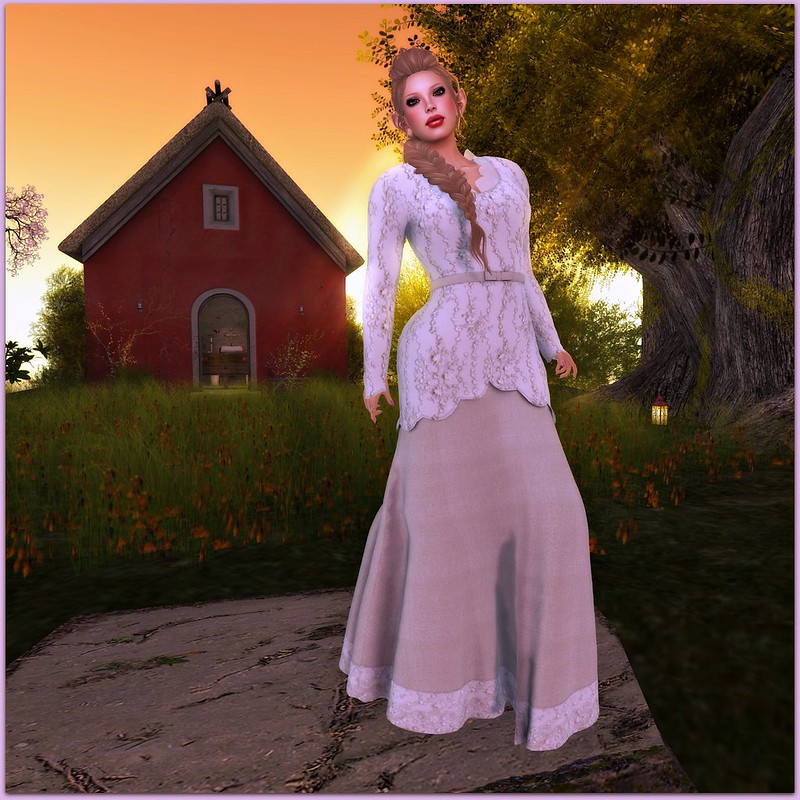 Fission has interpreted the Belle Epoque theme through their Lily Gown. The gown comes in standard mesh sizing and is available in four colors. I am wearing the XL, so as you can tell the “cut” seems to run on the smaller side. Keep that in mind and of course, try demos before buying. Only 80L during Genre.

The current round of Genre ends on May 12. Teleport.